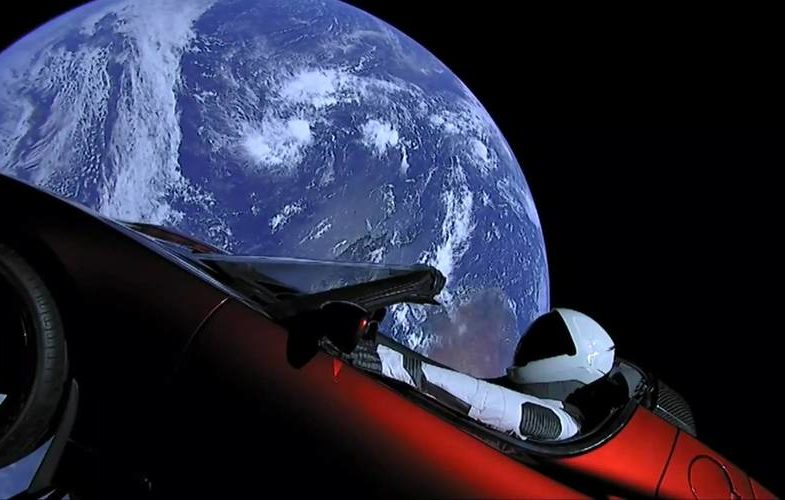 A Car In Space

Did you know they sent a car into space? Yup, an actual car was sent into space by the SpaceX company, CEO’d by Elon Musk, on the 6th of February 2018, on the back of a rocket called the Falcon Heavy. Not only did they send a car into space, they actually had 4 plus hours of live feed provided with a mannequin called Starman, cruising in the driver’s seat. The car they chose was Elon Musk’s Tesla Roadster. Apparently the payload for the rocket, could have been anything so Musk decided to send the Roadster for a ride 😛

If you are interested in checking out the live feed, that’s now available on You Tube, click Read More.

Previous post:
The Cloverfield Paradox connection with the other Cloverfields movies Next Post:
Ghoul (2015)
about the author: myron