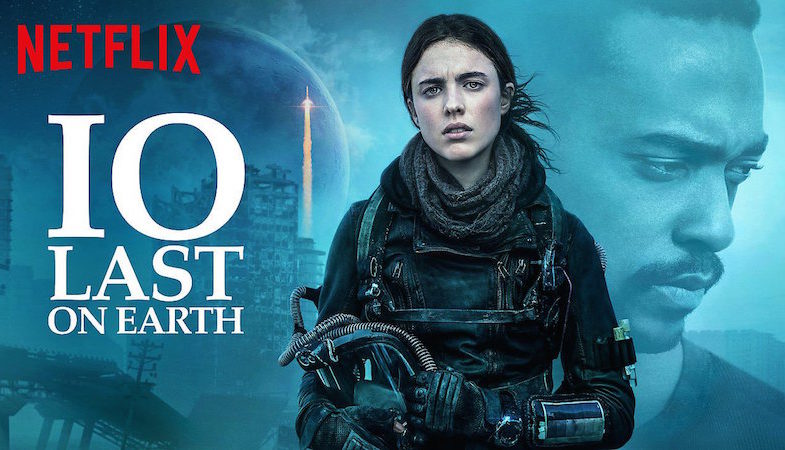 IO is a post-apocalyptic Netflix original movie, about mankind totally destroying earth, and majority of us having to be shipped away to another world, for our overall survival. Although majority of humans have abandoned the earth they helped destroy, only a few stay behind; the few we know of, can easily be counted on one hand. Although there were/are obviously others, and we only are made aware of this when Micah shows up. These few remain because they were made to believe that we, as humans, were meant to evolve with the world rather than abandon her.

This is where the story of IO begins. We are left to look at the life of a young woman who’s father is the key behind those remaining humans staying back. Believing yet again, that earth is being reborn, rather than dying.

As excited as the story is suppose to be for IO; two people rushing to get on the final shuttle off of earth, IO never really delivers that excitement. In fact, the movie is so drawn out, you kind of forget what the premise was in the first place.

With the slow pace of IO, the only reason you commit to finishing it, is because you figure that you don’t want to waste the time you spent, starting to watch the movie in the first place. It is only your commitment to this, your pride, that you finish watching this movie. You feel proud that you survive the horror that is the boredom of this movie, but feel defeated as clearly Netflix lied to you in the preview.

IO joins the list of Netflix films that totally disappointed; Titan and Annihilation. If it wasn’t for Bird Box, I would let Netflix know that they needed to quit when it comes to their movies, and stick to making awesome original series; which they are absolutely masters at.

The movies’ ending is somewhat exciting, but still not worth watching the movie for. It kind of reminded me of the ending of Titan. Not in the same sense, but rather the feeling of being rushed. That the movie had potential, but fell flat on its’ face.

IO, tried to be too sophisticated in its’ intellectual framework, but failed miserably. Being ridiculously boring and tedious.

A lot of other sci-fi, intellectually made movies like Arrival, were made excellently. And maybe IO should have taken some notes from their playbook. But alas, we know they didn’t.

At the end of the day, if you choose to watch IO, do it at your own risk and don’t say I didn’t warn you!