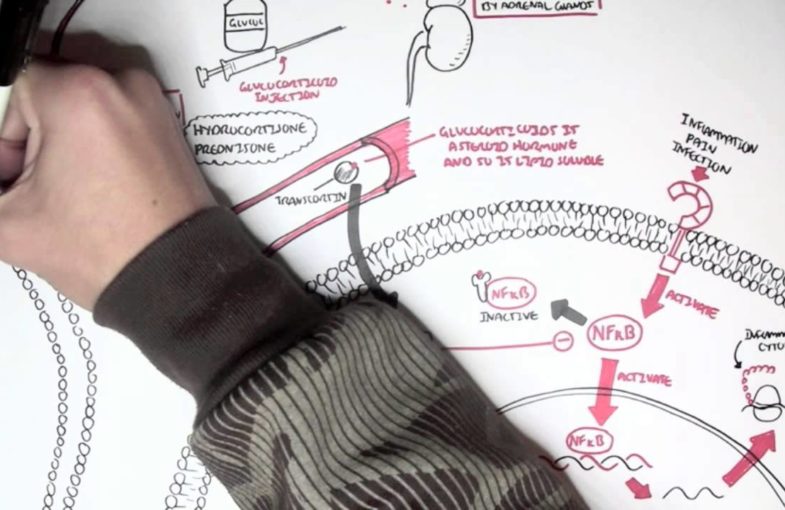 Now, I know this post is a long time in coming and it isn’t because I didn’t pass term 5! But rather, post basic sciences, is a time to relax (if you aren’t taking the Step exams right away) and then focus on the clinical rotations that are ahead. I did just that and currently I am on my second clinical rotation in Poole, Dorset, UK. I will start writing up on my experience in my rotations here, and hopefully this will make my blog a more holistic approach, when it comes to one individuals experience from the start of a medical student’s life, all the way to the end.

Setting that introduction aside, let me get into the advice bit of this post and provide some of the tips that I used to survive term 5 and finish up my basic sciences with a bang! Now, I know St. George’s University from the term 1 cohort that started around the time my term 5 session started, switched to a system based approach to teaching like most medical schools, instead of just for example, teaching all systems anatomy rather than just one system’s anatomy (which to be frank, the former always made sense; learning the anatomy, physiology, pathology etc, of a system.), so I am not sure how useful these tips will be, but I suspect as the information hasn’t changed, it could be still very helpful.

Well without further ado, my tips….

First of all, term 5 is a term that only, really, has 2 courses (there’s a BSFCR small group and CPD); pharmacology and pathophysiology. That’s one pro, the other pro of term 5 is that as you can see, it’s technically only 1 new course that we’ve only been partially exposed to in term 2’s physiology; pharmacology. Pathophysiology is a pretty straight forward course, and as we’ve seen the stuff before, it’s just basically a review. Now that doesn’t mean it’s a walk in the park, but at least it’s not brand new information. Term 5 also involves 3 MAIN exams; Midterm 1, Midterm 2 and Final. This at least gives you more opportunity to improve on your grades, if you don’t make good ones during Midterm 1. But my best advice and you will hear this even from the facilitators, is to do your best on Midterm 1 and Midterm 2, so you don’t have to stress too much on the final! Also term 5 is when you have BSCE II (which this time you have to pass to be eligible for clinical rotations), and the CBSE, which the latter is incorporated into the pathophysiology overall grade. So the latter isn’t as stressful but if you want a nice overall grade in pathophysiology, at least put your most into it. I frankly didn’t study for it because like I mentioned previously with the Midterm 1 and Midterm 2 exams, once you do well on those, it takes a lot of stress off your shoulders for the CBSE and the final exam.

Most people passed the BSCE II examination, but grades are not released right away. We had a little hiccup where there was a “glitch”, and our grades were released before by accident, but in general the grades are not released until the end. The department claims they do this so people don’t become stressed by failed grades, and can focus on their final exam. Even with significant attempts to have them release it sooner, they were steadfast in not posting it. Hence the “glitch”, was a sort of “god send”.

Also there are small groups for pharmacology and pathophysiology, and you are not allowed to bring any laptops or papers to the session. They project the cases on the screen and the group discusses the questions. It’s sometimes more of a group led session, rather than the facilitator asking questions, so I suggest just speaking up as soon as possible and just chill for the rest of the session 😉

So let’s start with the new course. Now in term 2 we got a very small peek at the nightmare that is pharmacology and I am not going to sugarcoat it for you, the actual course is brutal! The quickness of the information being thrown at you, is 10 times worst than term 4, when it comes to how overwhelmed you can feel. My best advice is to either build a nice schedule so that you can get through what you need to, when you need to, or just do what I always have done; once I get through everything before exam day, it’s all good.

First things first, as for the general advice, get your hands on Pharm ninja. I didn’t get into pharm ninja until a few days before Midterm 1, but I realized how beneficial the information is. It is so good that the pharm department decided to make their own version, pharm nacho, which I personally did not like. The layout of Pharm ninja, is perfect for acquiring all the information you need.

Once you have pharm ninja, you can use the power point presentations along with it, as your only resource for pharmacology. Some people used Sketchy Pharm, and they claimed it was useful but I found the videos were pretty long and the associations were pretty far fetched. I didn’t use it and I was on the same league as the others, or sometimes ahead when it came to the MCQ’s sessions. So check it out and see for yourself, but personally, it doesn’t really help like how Sketcy Micro did.

To be honest, pharmacolgy is all about repetition. That’s the only way you are going to get through anything. I used quizlet to make flash cards, and just went over them over and over again. I did pretty good in pharmcology, so I would say my method worked. But at the end of the day, the lecture notes and pharm ninja is all you need. Learn everything in both, and you will do awesomely.

The exams are pretty hard, and you will feel as if you know nothing and that you most likely failed when you leave, I know I felt that way, but it’s just a heavy loaded class and it can be stressful. Like I said, I thought I failed but I passed above the class average. Just study, and you will be fine.

As for small groups, which pharmacology does have, use your resources and memorize the information. It is very beneficial, to actually put some time into it (I studied the info an hour before small group), because a lot of the concepts comes back on the exam. So if you understand what’s going on, that’s a few questions on the exam you can answer very quickly.

Now this course has an attached small group to it, that’s called BSFCR. This is just the basic sciences information that if you actually utilize the small group, can help you with the basics that you most likely forgot from term 2. It reduces the amount of time you need to spend on acquiring old notes, with the basics in it. So I suggest you study it and prep for the presentations for each small group. You do have BSFCR examinations, and although I said there’s 2 courses in term 5, this one is the 3rd but it’s really a small group.

The things you need to survive pathophysiology: class notes, first aid, and kaplan videos. If you can get your hands on some physiology kaplan videos, they are really good in helping you review some old physiology concepts.

At first I transferred my class notes vital information, into first aid and then reviewed the system or section once it was done but coming down to the end of the term, it became exhausting. But I will admit, that method is what got me my good grades throughout the exams. Dr. Upadaya’s notes, don’t require any supplementation to them, as he puts everything you need to know into them. So you can look at first aid for extra info and as a way to prep for Step 1 at the same time, but it isn’t necessary. Also if you use first aid you will realize the information in the notes, are the same as first aid. Hence it actually felt as if the notes were made with first aid as a resource. So you wouldn’t go wrong with using first aid as your main resource.

It will seem overwhelming but I will suggest maybe using class time for studying, or prepping your resources with information. Most people came to class and did just that. You don’t have enough time in the day to not find a way to study, while still getting classroom attendance (which you will know by now, has become strict in monitoring individuals and making sure they don’t have multiple clickers!)

So as a summary; prep your work for pathophysiology throughout the week, and then memorize the information and commit it to memory over the weekend; starting from Friday!

As for the CPD, etc. Nothing to sweat about at all. You know you have hospital visits and they are pretty interesting, so you may as well enjoy them. The only sucky part of it, is having to go to class afterwards but you get used to it. Just go to CPD, do what they ask and be out.

So in conclusion; term 5 is manageable. You will feel overwhelmed when the courses start revving up and pharmacology hits microbias; even Dr. Clune’s admits to this, but it is survivable. Just stick with the same drive as in the beginning of the term when it comes to using all your resources for pathophysiology; first aid, class notes and kaplan videos, and you will be fine. Same goes with pharmacology; repetition is key!

Good luck and if you need more help or advice, just email me!