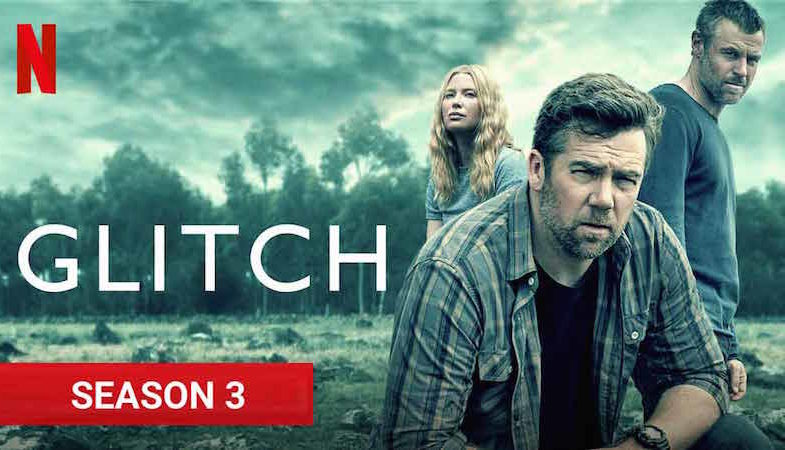 So, I finally found the time to sit down and watch Season 3, of Glitch. Which I have been waiting a good amount of time and with anticipation, to see. I was so excited to see that the new season was finally released, that I put off watching it so I had enough time to binge. Seeing as I was still in OBGYN, for my first internship rotation; I didn’t really have the free time to watch it. Although, in hindsight, I should have just left this season on the back burner, to never be put on EVER!

In a nutshell, Season 3 sucked. It was only 6 episodes, which is still the length of the other seasons but the one with the most pointless of episodes. There wasn’t really much of an explanation, to the whole thing and the angle at which they seemed to have been going; the science path, they totally abandoned that completely and chose a religious path. Although the latter isn’t so bad, it was poorly written and not the explanation one would have predicted; especially after the love story between Elishia and William.

One of the biggest things fans of Glitch wanted, was our questions answered. Some major points on the other seasons, weren’t even addressed. Which kind of makes you wonder, why have that story line in the first place, if you’re not going to expand on it a bit, in the final season? The ending of Season 2, as dramatic as those last episodes were, required some form of continuation with explanations in Season 3. But we didn’t get any of that, we just got pointless story lines, that ended on a very anti-climatic episode.

Season 3 felt rushed. As if the writers were determined to just end the series, and knew that the fans would keep watching regardless of not much explanation, would be given. Or maybe keep watching in hope, that more to the story would be revealed. Unfortunately, those who’ve finished watching Season 3, were just left with a feeling of emptiness and thinking that sitting through 6 episodes was “useless and pointless”. In fact, Netflix should have just canceled the series after season 2, and left us with a cliffhanger of at least a very potential series, that just never got to give us the story ending, we deserved because this ending sucked and we definitely, didn’t deserve it!

So if you were thinking of watching Season 3, forget it. It’s not worth it, it doesn’t really add to the story and doesn’t really expand on any of the theories it seemed to have been hinting on, all throughout the 12 episodes in Season 1 and 2. You are better off committing your time to a more worthy series or movie. That feeling of disappointment that you get after watching season 3, isn’t worth it.

One Response to Glitch Season 3 Review