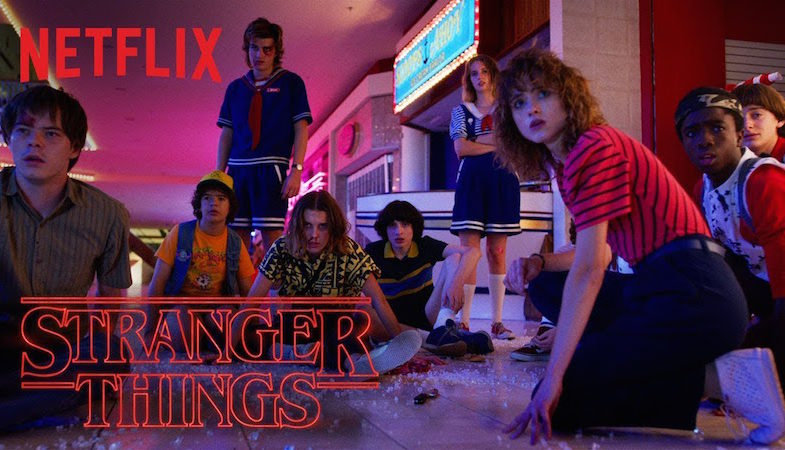 Stranger Things Season 3 was recently released on 4th of July and has surpassed previous Netflix original series release, when it came to viewings. 40 million plus started watching on 4th of July and about 18 million finished it off within 4 days of its’ release. Basically, everyone and their momma was waiting for this season and it definitely did not disappoint.

I started watching it on 7th of July, when I had my vacation and finished it off yesterday. Seeing all of our original cast grow up; the kids of course, was just a shocker but it was perfect for the roles they had to play in this new season. It basically focused on kids, turning into teenagers with a side of outer-dimensional creatures trying to get into our world.

We are greeted with our original cast of teenagers; Mike, El, Dustin, Lucas, Will and Max. Then there’s the young adults and the adults; Hopper, Joyce, Nancy, Johnathon, Steve and Billy; who plays a pretty important role this time around in Season 3, compared to Season 2. We also have a new character Robin, who brings an interesting twist into the whole story. It’s subtle, but still cool and interesting. Also another cool side note, if you didn’t know; Robin is played by Maya Hawke. Yup, of that Hawke; Ethan Hawke. She’s also the daughter of Uma Thurman. 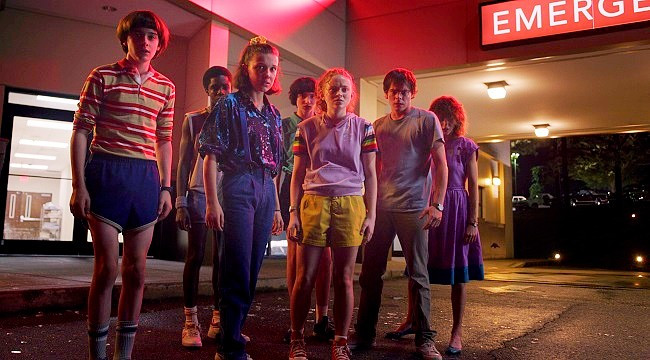 Season 3 continues from where things left off in Season 2. We have some time that’s elapsed of course and things have been quiet, but nothing that’s too quiet is always what it seems. And what it seems is that in the background of things, there’s some stirring up of some mischief. So our original gang have to save the day but it isn’t as easy as in the previous seasons. They really have to put their thinking caps on and really stand up to the bad guys. We also get a chance to see Luca’s sister Erica, in action for majority of the season. Her wittiness is perfect addition to the gang!

I enjoyed Season 3, immensely and although it did have some really cheesy moments, like when they are singing the song from The Neverending Story; it was very entertaining and exactly what I was hoping for.

If they brought out another season or not, it wouldn’t matter. I am satisfied with what they gave me for Season 3. I give it a 5/5.

Now, for those who have seen Season 3, we know that there’s a possibility of a Season 4. We saw Hopper possibly being killed, after Joyce turned the switches to destroy the machine that the Russian’s were using to try and open up that Gate that El originally opened. But, that little snippet at the end of some of the credits, we are taken to Russia, where we see that these guards in a prison, refer to someone we don’t get to see, as “The American”. We know the Arnold Schwarzenegger/Terminator looking guy that was after Joyce and Hopper, referred to Hopper as “The American”. We can only deduce from that, that it may be him and he didn’t die from the explosion (fingers cross, because that was a tear jerker when El realized her dad wasn’t coming back). We also got to see that somehow, these Russians have a demogorgon and are feeding it prisoners. What this has to do with the future of Stranger Things? Well, some are saying it’s a possibility of moving the incidence we have seen in these 3 seasons, to outside of Hawkin. In fact, we were given some insight that the Russians were trying to open the gate El closed by the Russian scientist that Joyce and Hopper kidnapped, in Russia but were somewhat unsuccessful, or were they? I mean for a demogorgon to be alive and well in Russia, it means they succeeded somehow.

What anyone can say though, is that we most likely will not be seeing the likes of our old gang, especially; Will, El, Joyce and Steven; as they basically pack up and move out of Hawkin at the end of Season 3. Only Mike, Max, Dustin and Lucas remain, along with Jonathon and our new character, Robin.

Dr. Owen shows up at the end, a little too late as usual, and that could somehow open up a window for Hawkin’s to still have some play, but who’s to say? The Duffer’s do. So if you’re interested in reading up a bit on that, check out Digital Spy.

Although Netflix hasn’t renewed another season for Stranger Things, so it is still a possibility that no 4th season comes because to be frank, I think Season 3 ended appropriately for a finale for the whole story and still open up a chance for a 4th season. The fact that this outer-dimensional world exist, means that closing it wouldn’t ever be 100% (which season 3 was basically all about). It’s kind of like pandora’s box; once it is opened, that’s it. We may just have to think about a world where demogorgons could come back and wreck havoc on small town folks, or military personnel (think Russia); and that be enough for Stranger Things and no true need to keep making more of it.

But here’s to hoping. Although it would be a sad day if we have another season, minus our buddies. It wouldn’t be the same, after all, without; Dustin, Will, Mike, Max, Lucas and El. I mean, can they have a Stranger Things, without the gang? I guess we will find out and when we do, I will surely be sharing that info.