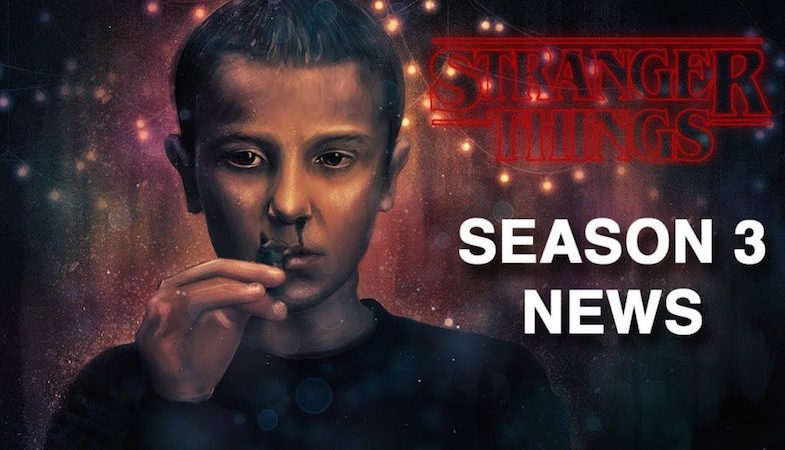 Stranger Things – Season 3 – Everything you need to know

We already know that Season 3 of Stranger Things, is coming out Summer 2019. But, it would be even more awesome to know who’s going to be part of the cast. Thankfully, everyone remains intact at the end of Season 2. So all of the original cast are coming back!

As for the newbies; Maya Hawke will be playing Robin, a new character who is going to discover and uncover some type of dark secret within Hawkins (sounds hella interesting). Then we have Cary Elwes who is going to play Mayor Kline, Jake Busey, as Bruce and Francesca Reale, who plays Heather, a character that becomes the focal point for some “dark mystery”.

What about the plot? Well the premise for Season 3, apparently is of course going to include Hawkins “secret”, uncovered by Robin and the “dark mystery” that surrounds Heather but will also include the old monsters from the Upside Down but also some new evil. Also, there’s a possibility that more will be expanded upon, when it comes to Eight/Kali and her gang, and their activities may take place in Hawkins. Although personally, and for most people, Season 2 – Episode 7 (which followed Eleven’s interaction with Kali/Eight and her gang), wasn’t really the best and was actually criticized a lot.

If you want to read up more, you can check out When is Stranger Things 3 on Netflix? Who is in the cast, and what is going to happen? – on RadioTimes.

Oh and before I forget, there’s actually a “trailer”, for Stranger Things: Season 3.