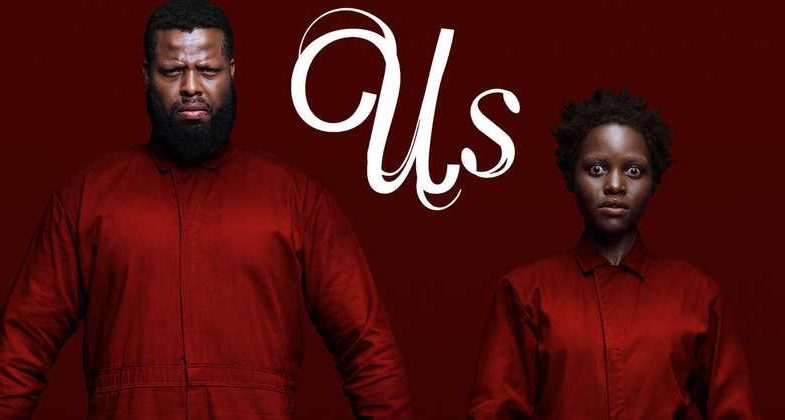 Decided to go and see Us, seeing as Get Out, was a pretty good and entertaining movie, with a very important message behind it. Figured, I wouldn’t be disappointed and would leave expanding my mind even more, than when I first entered into the movie theater.

In case you’ve been living under a rock, or these types of movies aren’t your cup of tea; Us is a movie about this family of four, who decide to visit momma’s parents house for a family vacation. Momma and Dad/Grandpa and Grandma, haven’t been there in a while, so it’s more of a vacation house for the family. Apparently some years ago, something scary happened to the mother and coming back to her childhood home, kind of triggers all these memories. Memories that have to do with a double her, and maybe possibly, a double of the whole family. Not only that, but she feels as if there have been way too many coincidences happening since they have arrived and feels something menacing is about to happen. Obviously, with these type of genres, something menacing does happen. 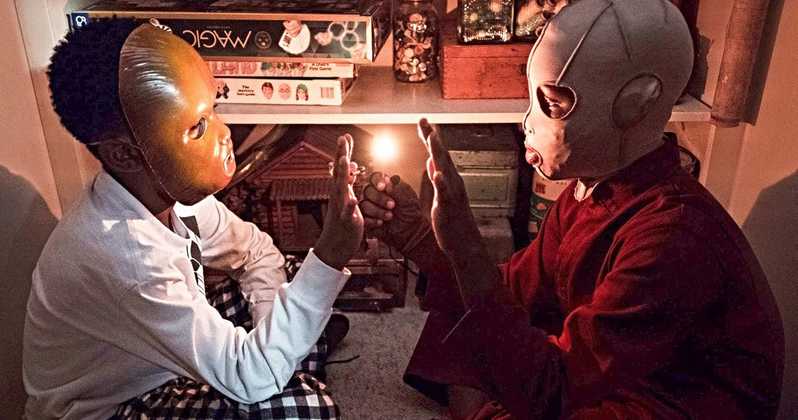 The preview for Us, basically shows you a lot and doesn’t leave anything to the imagination, so what I am going to say next, isn’t a spoiler. Apparently, there are copies of us, what their purpose is? Well, you have to see the movie to find out. But, if there is a me, there is another me also. We’re also not talking about look alikes, but actual duplicates.

Us uses a very humorous and ridiculous means, at times, to get its’ point across. But in the society we current live in, and have been living in for centuries, we as humans have always been driven by a force we believe, we cannot see. We are controlled to do certain things in life. We’re convinced that we have to go to school, get a college degree, throw our everything into our careers and be the best law-abiding citizens, we can be. We believe that any altered route from this path, leads down a road where we are less than or not really productive citizens, or who knows what.

Most of us don’t really fight these expectations. A lot of us in fact, plan decades before; marriage, career, children, etc. We expect to meet the right person, marry said person, pop out a couple of kids, provide for those said kids, grow old and have our kids repeat the same path. More like robots than anything, when we think about it. Whether we like to admit it, our path in life is controlled and not always by us. In fact, many times it is never us. We think it is, because we convince ourselves that the decisions we make is our own, not knowing that it is most likely an influential thought and not an original one.

Think about it; the cars we buy, the vacations we want to go on, the phones we want, the laptops we desire. It’s all influence by an outer force and not within. Even those who think they are different, are influenced by an outer force. The force may not be the majority, but it is still something that they prefer over the other.

Anyways, I am blabbering. But Us reminds us that our lives, aren’t always our own. That as much as we may think we are independent beings, we are still puppets for some other cause; whether it’s for the overall betterment of society, or familial or who knows, but definitely not for ourselves.

With all that being said, Jordan Peele’s message in Us, is about the upper class-men in our society, fail to appreciate the consequences of their actions, for the lower class people. That they do string us around like puppets, but for their betterment and nothing more. What happens to us, could be a consequence of theirs, but it doesn’t matter. We, as lower class folks, don’t matter. If they fail at something, we are the ones to feel the consequences for their actions. Just think about who really suffers from a company filing for bankruptcy.

Either way, Us does have some WTF moments, which are laughable and sometimes unbelievable and I am not sure, if it was in a good way or not. I would have to say Get Out, was a much better executed movie. Or maybe it’s just how outlandish Us was, that I couldn’t wrap my head around it. But aside from that, it was a pretty entertaining movie.

Would I want to see it again? Probably not. I think I have had my full of it. Also, although my interpretation may not be the actual premise of the movie, it makes for a good twists. It lets you understand how powerful the message in Us could be. That any interpretation we make, is as profound as the other. It also opens us up to conversations we may have felt were a bit uncomfortable but because its an interpretation of a movie, it’s generally, acceptable.

Another theory, or twist that some people have been discussing over, is the ending. Over at vox.com, they have laid it down pretty well. Although this twist, seems a little too far-fetched and it is just an example of what happens when a movie cannot be taken at face value. Also, Vox does a pretty good job debunking it. It’s still makes for a good read though.

I would recommend though, that you look at the movie first, before reading the Vox article, because it utilizes a lot of spoilers, to help bring the theory together.

At the end of all that blabber though. Us is a movie that if you have the time to watch, you definitely should. It is a must watch, even if just for one round 😁