The Titan, is a movie that gives us a glimpse into the possibilities, or at least one of them, when it comes to when man no longer is able to call Earth home. It is no secret that eventually our planet will die, but does that mean mankind has to die with it? This is the premise of The Titan. If we cannot create a planet that is suitable for human life, what is our next option? Building ourselves to be suitable for said planet. Another movie on Netflix that follows the same sort of premise; where manipulation of humans leads to dire consequences; is The Beyond; and like the cliff notes of reviews, it is a better movie.

As the movie progresses we get a chance to recognize the consequences that comes from manipulating man’s biology and genetics, and pushing evolution along quicker than it should be. Lt. Rick Janssen (played by Sam Worthington) starts to experience some changes, that are beyond the scope of the “mission”. Obviously, this causes concern for his wife, who happens to be a doctor. Although the changes he experiences is no where near as horrible as the other participants in this “experiment”, that’s being ran by Professor Martin Collingwood (played by Tom Wilkinson). 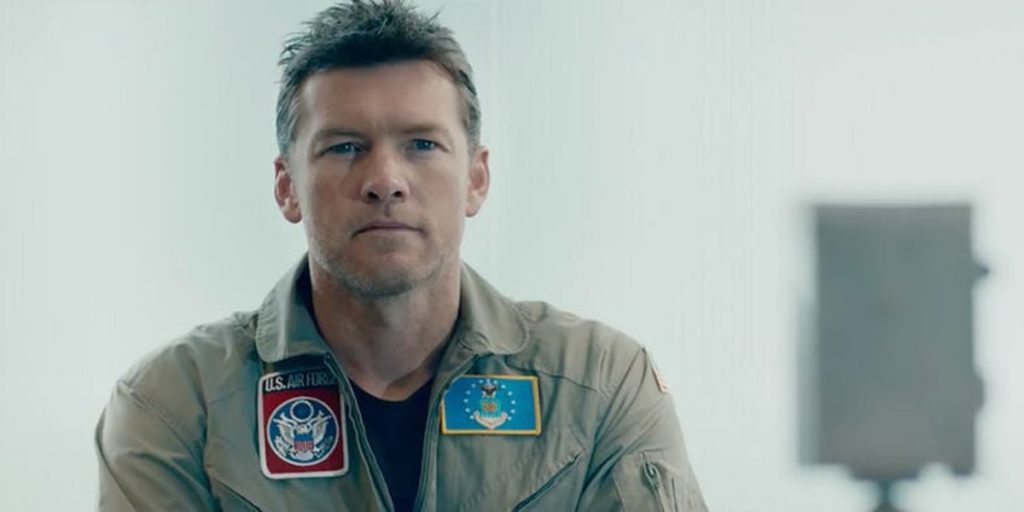 The Titan, allows us to question whether we would be able to handle evolution that’s been accelerated extensively. What if you came face to face, with our future selves’, would you be able to handle it or would the future us, look alien?

There was a weird twist that occurred in the movie, coming down to the end that I didn’t really appreciate. I wasn’t sure if it was an effect of the experiment, or if there was some tension there between the two candidates, who actually made it through the full evolutionary process. I understood the relevance of it, but would have preferred they had left it out the plot. It is as if they did all of this, to turn the participants into absolute idiots, doing idiotic things. Throughout the madness that was happening, I was hoping some kind of explanation would present itself. But of course, it never did. The worst thing a movie can do, is have shit hit the fan and not at least try to explain it a bit.

The problem with The Titan, is that it seems to have missing pieces in the storyline. The premise is strong, and is good but it wasn’t executed to its’ best. Throughout the time I was watching this movie, I felt that there needed to be more. I guess that feeling I am trying to convey, while saying so much, is that it was an utter disappointment.

There are some feel good moments in this movie but we don’t want a feel good Sci-Fi movie, now do we? Also, even though the ending did kind of save the movie, in some sense (nothing epic), I still would only give it 3/5. I would probably give it less, but I appreciate what they were trying, so 3/5, for the effort.

So there, that’s my opinion and review of this movie. If you want a more professional review, check out The Guardian; which were as disappointed in this movie as I was, probably even more. They gave it a 1/5. Yikes.