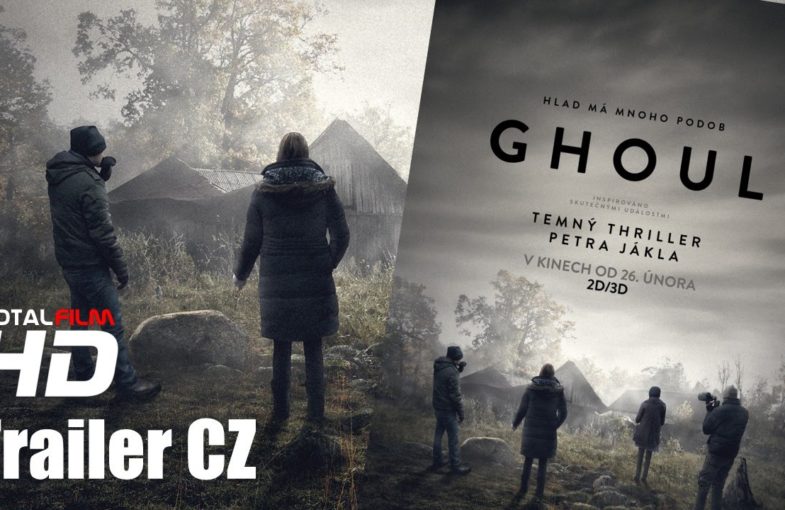 Ghoul is a 2015 found footage horror movie that has a familiar air to it, as you begin watching it. It’s the typical found footage movie that’s about a documentary being made, about something interesting that happened in a country that’s very superstitious. In this case, it’s in the Ukraine.

This movie is about 3 American friends who visit the Ukraine to investigate and document an epidemic of cannibalism and end up biting off more than they could chew (hehehe). As the movie begins, you get a Chernobyl Diaries feel to it, so you expect that shit is about to hit the fan sometime soon. As they reach a house where one of the recent cannibalistic events occurred with intent to eventually interview the man who was charged for killing and eating his friend; they decide to evoke a spirit as most typical horror movies tend to head, and regret it immediately. 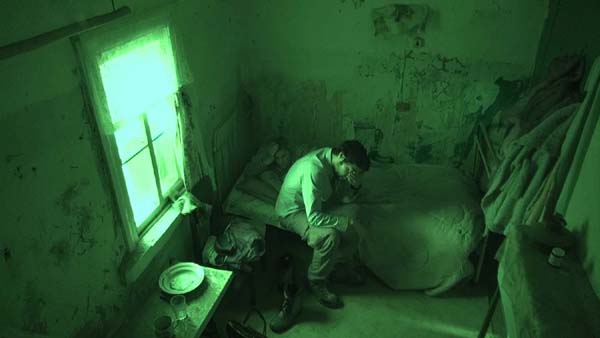 Throughout the movie you’d become a little frustrated with the characters, wondering if there are truly people as dumb as them, that exist in this world. We all would have to agree that if a ghost demands us to do something, we’re going to just do it and not challenge it. Instead, there are many times when these kids decide it’s better to do the irrational thing as if they are just begging to be killed. As they get taken out one by one, as is expected yet again in a movie like this, you kind of become appreciative of the ghost killing the characters for their stupidity.

There were also certain times in the movie, that the transition from one scene to another was a little butchered and made no sense. For example, the two male characters were outside investigating why the generator stopped working and suddenly, without any warning, they were in another building digging up something in the ground. There was no explanation on why they were digging up the ground and why one of the female characters, was outside with them suddenly when initially, it was only the two American dudes who went out to investigate.

The only saving grace about this movie, was its’ connection with a particular Ukraine killer. Bringing a particular twist to the whole motive behind his brutal murders. I wouldn’t want to divulge the name of this killer, but if you ever were into reading Crime Library articles, you’d most likely be aware of who he was. As soon as I saw his image on the screen, I knew immediately what they were referencing before they even explained who he was.

There is nothing special or that different about Ghoul (2015), than any other found footage movie that’s out there. With that being said, it is still entertaining enough to keep you wondering what’s going on. A surprise yet again, does come from introducing that well known Ukraine serial killer.

So if you’re looking for a B horror movie that doesn’t have anything special to offer, but typical scares and thrills, then check out Ghoul (2015).

Previous post:
A Car In Space Next Post:
Florida man imprisoned for more than 20 years: ‘I did not harm my son’
about the author: myron