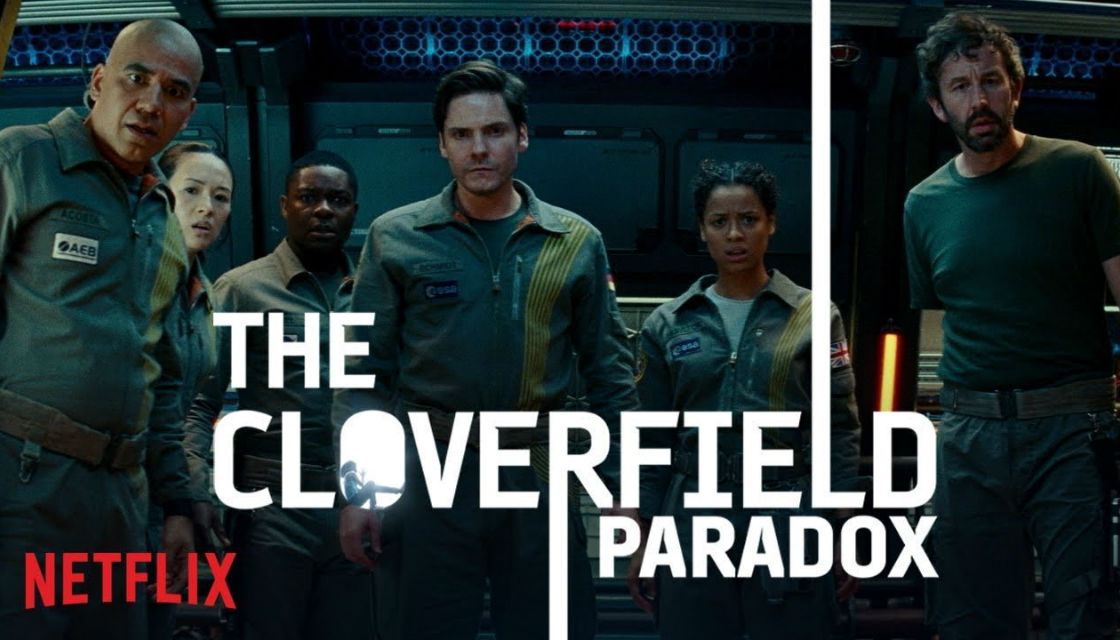 So, I just got done watching this Netflix movie. Which happened to just sneak onto the Netflix Original list, without any previous notice. Now initially, the name in itself did send some bells ringing in my head but because the movie doesn’t seem to have any connection with the movie Cloverfield (2008), in its’ story’s premise; a crew sent out in space, to produce some form of alternative everlasting energy, ends up coming to terms with an alternate reality; allowed me to enjoy it as a stand-alone Sci-Fi movie that’s been released by Netflix. Apparently the movie was acquired by Netflix from Paramount Pictures, 2 weeks before its’ release.

The movie initially reminded me of a dampened down version of Event Horizon (1997), starring Laurence Fishburne and Sam Neil; where the crew ends up traveling involuntarily into another dimension due to their retrieval of the Event Horizon (a ship that was lost for years and suddenly turned up) and starting up its’ experimental engine upon it. Eventually,The Cloverfield Paradox, premise did follow the same path (alternate dimension) but obviously not having to retrieve a lost ship, and it more being about developing alternative energy that earth desperately needs and a paradox developing out of the activation of the new energy device.

Not to give away too much of the movie and accidentally turning this post into a spoiler; all I have to say is that this movie does have some interesting twists and turns, the biggest one being until the end. It is only then, that a “holy shit” moment, arises. Making the whole movie worth it.

If you’re not afraid of straight up spoilers, and articles that talk about explaining a movie ending for you, check out Screen Rants; The Cloverfield Paradox Ending Explained, for their take on what the ending of this movie means and other little tid bits that should interest a Sci-fi fan, of a particular franchise 😉