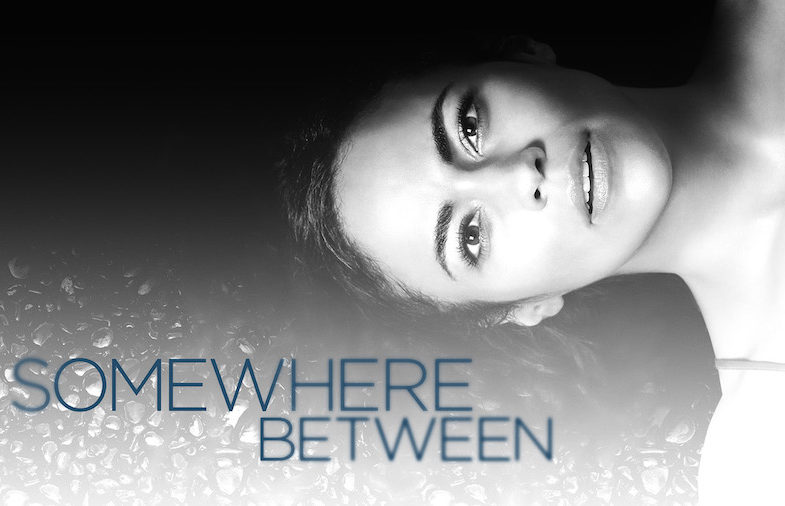 Somewhere Between, is an ABC drama series that is currently on Netflix as a limited series. It is a series that follows a mother who daughter has been kidnapped, presumably, by a serial killer who’s been keeping her city hostage. Eventually her daughter turns up dead and not being able to handle the loss of her child, she attempts to take her own life but seemingly is rescued. Interestingly enough, it’s not that she was rescued on the day she tried to attempt to take her life, but in fact it appears to be days prior to that. She ends up returning to her family during a time when her daughter is alive; a few days before her daughter is to be killed. Along with an ex detective, they both try to solve the mystery of this serial killer before its’ too late. The series is an American adaptation to a Korean TV show called God’s Gift: 14 Days. 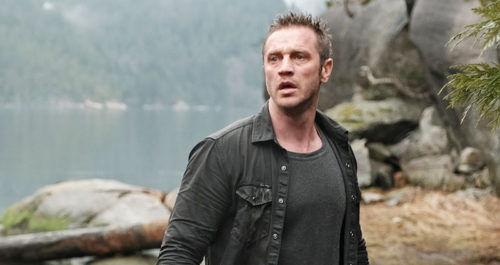 The acting in this show is mediocre at best. The little girl is annoying as hell and the story just seems to just go from one thing to another, and doesn’t seem to connect seamlessly; at least in the first episode. There was just too many things they were trying to do in the first episode, that you couldn’t really get interested in the story at all. I don’t know who the writer/s were for this series, but they need to go back to school or put in a little more effort because it was amateurish, at best.

The only reason I kept on watching this show, was because of boredom and nothing else. I figured I may as well see what interest this story could have and if possibly a twist would arise. Seeing although that the surprises for the show were all shown in the trailer, I kind of figured this show didn’t really have much to offer.

The characters also make some stupid mistakes that are just laughable. You wonder if the writers purposely wrote “stupidity”, as part of the character trait for these people. The things they do, you’d have to not have a brain to do them and these are supposedly professionals that are making these mistakes. It’s annoying and laughable both at the same time, a kind of form of madness. But the show just speaks cliched in so many things. The only thing that is a saving grace, if I even can call it that, is that there’s 10 episodes and by the 3rd episode, you’re shown the identity of the serial killer. So then the only question that’s left, is; why? Why are these killings happening and what do they have to do with Serena; the lead lady’s daughter.

As the show progresses, it is as if the writers gain experience through writing the different stories for each episode. By the 6th episode, it did start becoming interesting, but more because of the want to know what’s going to happen, rather than the characters or the actors in this show. The show tries to play with humor every now and then, but falls flat on its’ face. You can giggle at the failed attempts, but thankfully it isn’t too much, that you’d have to quit the show before the last episode. Also sometimes stupid things happen at inappropriate times and you wonder, who thought up of that scene/scenario? That, that was the best draft of that scenario they could work up? That was pretty much the best comedy in the show.

Aside from the choppy acting in the beginning, the fast pace route of including as much information in the first episode (which you felt and realized that it was a rush job, and why not split the episode into two?), and the annoying things that happened throughout the show; Somewhere Between, turned out to be a very interesting story/show. With a little better acting skills from the actors, better writers and probably a little more money; hence the other flaws became a reality, this show would have been a beast from the beginning.

The information that comes to light in the last 2 episodes, also makes watching this show, worth it. The twist isn’t expected and to be honest, something like that, always leaves a lovely taste on my palate. I am not saying this show is the best thing since slice bread, but I will say, it is definitely interesting.

Despite it all, if you’re interested in suffering through a few choppy episodes of a seemingly alright show, to be taken aback a bit in the beginning and definitely intrigued as the story unfolds; then check out Somewhere Between, on Netflix. You may be somewhat disappointed, but not totally. I would say though, you’d definitely be entertained.

Previous post:
The Haunting – Of Hill House Next Post:
Gym Week 27 – Becoming Me Again
about the author: myron