That’s it. No more. The final chapter to the Avengers story, has come to an end in Avengers: Endgame. After Infinity War, we all knew that the final chapter, would be the big fight. Thanos, finally getting the rear kicking, he deserved. It wasn’t a surprise. The surprise though, was how they were going to bring back all of the people who disappeared. How they were going to explain what happened between the time they disappeared and the time they reappeared. How any of that was going to make sense, and all end up with Thanos demise. That’s not a secret. If you felt it was, you really have been living under a rock for the past 10 years plus, since Marvel Studio started shooting out addictive movies.

We’re not going to talk about the mess that was the 2003 Hulk, or the 2008, The Incredible Hulk; that was Marvel Studio getting their foot wet with the latter, and realized they needed to learn to swim before heading into the deep end. Although we did get a good hit with Iron Man in 2008 and we all acted like The Incredible Hulk movie, never existed. Marvel Studio even changed the Hulk from Edward Norton (honestly don’t know what they were thinking with that one), to Mark Ruffalo (what an awesome switch!) and acted like they never made that movie also. But who could blame them? Anyways, enough with the bashing of those horrible movies. 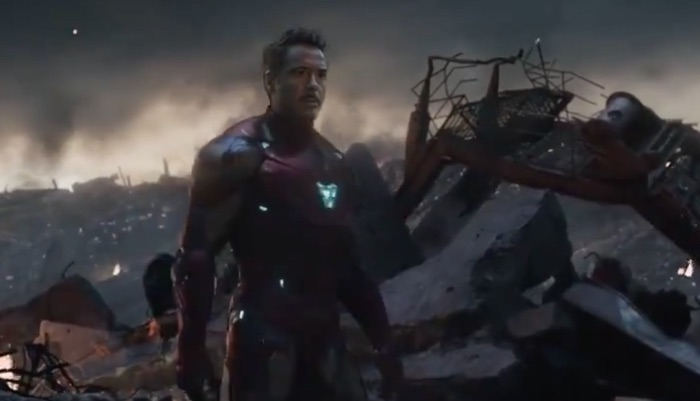 Endgame brought together all of our favorite characters, under one roof. If you were paying attention to media coverage, the duration was about 3 hours long. This actually made big news, because most action movies, are about 2 hours, max. The fact a comic book based movie was going to be as long as say Lord of the Rings, was a first. But it was within reason and necessary to tell the story that Marvel Studios wanted. They clearly recognized the importance of this last movie, for the MCU (Marvel Cinematic Universe) fans. This movie, as mentioned before, was a decade plus, in the making. Everything from the first Avengersand Captain America movies; was all leading to this final battle. A lot of moments in those movies, mattered more than one could have appreciated (even though we were aware, it was nice to play ignorant for a bit). So, 3 hours was acceptable and actually needed. Not once, not one scene, was boring or prolonged. Even if you read some reviews mentioning that, those are just typical pansies always trying to find fault, with a masterpiece. I mean, misery loves company right? If they don’t have anything to complain about, their day jobs would come to an end.

Just as a quick recap, in case you were lost on what Endgames was all about. The movie starts off from the end of Infinity War. We saw how a bunch of our beloved characters, disappeared in a snap of ones fingers (Thanos, to be exact). Some of the big ballers disappeared, such as; Spiderman, Black Panther, Dr. Stranges, Nick Fury (not so big on the Avengers thing, but pretty big nevertheless), just to name a few. At the end of Infinity War, there was a moment of emptiness, recognizing that so many people disappeared, in the blink of an eye. Whether to come back or not, we were sure that they would but it still was an emptiness that was perfectly demonstrated by Ironman’s, drifting deep into space, away from the other Avengers on earth, who felt the inevitable (as Thanos would like to believe) reality and accomplishment of his act.

Although the spoiler ban has been lifted, I am going to try my best in my review, to not use any spoilers. I feel as if the movie needs to be seen and appreciated by everyone, even if it’s been out for weeks now and those who really wanted to see it, would have.

Endgames, was exciting and saddening, all at the same time. After spending over a decade, getting to know these characters, growing up with them and seeing them become confident in their own abilities (Scarlet Witch, Captain America, just to name a few), and standing up for what they believe to be right; even if others would be against them; was a hard pill to swallow when you realized this would be the last for the Avengers. The lessons to be learned through these movies, are priceless. Despite them being comic book movies come to life, it is a good vs. evil, fighting for what you believe in, and sometimes giving up everything, for just that. Having a purpose, that is bigger than you. That is what Endgames, gave us. It gave us the finale, that we have all been waiting for.

The pace of the movie was perfect. There wasn’t any dull moments; only moments to help build the story for the climax of the big battle. Having all of our beloved characters, as I mentioned before, under one roof, was just too much and very much appreciated. Also, introduction of Scott Lang and he actually be the momentum needed to get the plot started, was pretty funny and cool at the same time. I mean, who ever takes Antman seriously, except fro Antman? 😋

Endgames, is the big chapter of our lives that we didn’t want to be closed, but has. It was the perfect ending, to a perfect franchise. Of course, we expect more to come, but not of the Avengers. Not of the gang. That is inevitably over, as Thanos would say with a smug look. Marvel Studios also wanted to make sure we understood that this was the end, by not having any post credit scene, of any kind. If that isn’t a hit to the heart, then I don’t know what is!

Alas though, as saddening as it was, to say good bye to my beloved Avengers; it is a must see! I even saw it twice, so that goes to show you. Seeing the first time and anticipating all of the possibilities, was just too much. Enjoyable, but too much. Then also seeing all the tragic circumstances that were kind of inevitable, but I was in denial over them. The second time along, I got to enjoy the movie, without anticipating surprises. So, see it about two times; just for good measure!

Previous post:
Justin Bieber in Fast and Furious 9? Next Post:
The Perfection – Netflix Original Movie
about the author: myron