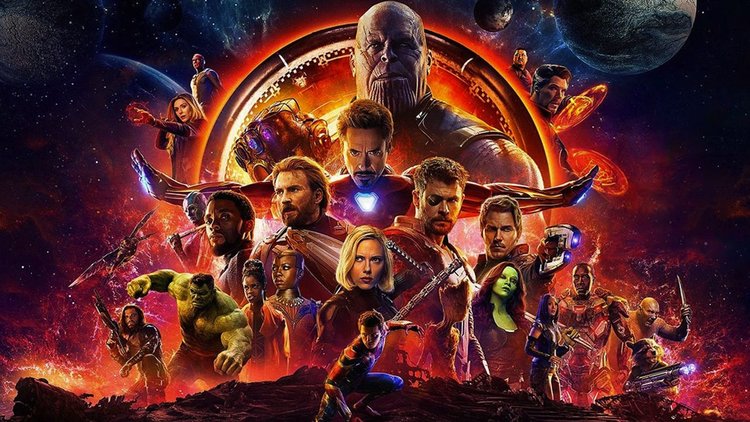 Yeah, I finally saw Avengers: Infinity War! I wanted to see it with the least amount of people in the movie theater so I could fully enjoy it without any unintentional annoyances by some movie goers. So I went as you can see, a good few weeks afterwards and during a time when I knew others would be going to see other movies and rather just relax outdoors or do something else all together. It was a very well made decision, I must say.

Unfortunately for those who haven’t seen this, this review is going to have spoilers in it, because I can’t really express my overall sadness, enjoyment, and excitement without pointing out certain things that happen. Also, because I am one of those who wait after the credits to get a little easter egg, I tend to go searching afterwards, for what’s coming up next.

As an MCU (marvel comic universe) fan, you should know that there is another installment of Avengers to come out in 2019. That makes it the 4th installment and an untitled one also. Regardless, Avengers continuing after what happened in Infinity War, is something that needs investigating. So, I have done some of that also and learn some other things that I didn’t pick up on the first run of this movie. I mean it was so bad ass, that you’re brain being stimulated by this badassness, was probably too much to appreciate EVERYTHING, without some type of interruption for shear protection from mental stimulatory (probably not a word) madness! 😛 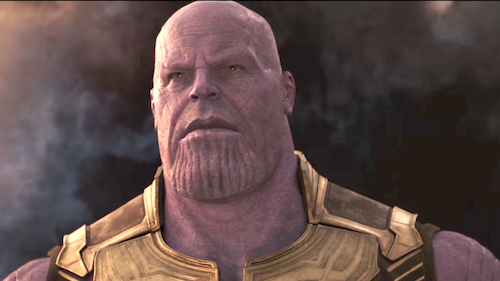 So as a big quick run through about what’s going on in this movie. We’ve got bad ass Thanos, who is collecting all of the infinity stones so he can cleanse the universe of the overpopulation that’s happening, in a very morbid sense of totalitarianism (for a very small period of time), that’s suppose to cure the universe of this over population problem in literally a snap of the finger (which we happen to miss, such that when the shit does happen, you’re kinda like “wtf”).

Obviously Thanos believes 100% of what he’s doing is what the universe needs more than anything because he saw what overpopulation could do to the people of his planet; Titan. He believes in it so much that he literally, a man who we would believe has no feelings or compassion, had to sacrifice the one thing he loved to actually attain that. Even in the end, we get an idea that this has been a very long journey for Thanos and after he accomplishes it, there seems to be a weight lifted off of his shoulders. His destiny has been fulfilled and the job has been done, but at what cost?

This whole movie is filled with intense scene after intense scene, that just builds up to the finale. A couple of our beloved Avengers and heroes, disappear in a blink of the eye, kind of like the rapture from the bible. But not before they fight with all of their will and might, recognizing what’s at stake.

In my bid to find out what’s coming in the next Avenger movie, because this one just leaves you wanting more but realizing that the geniuses behind this movie need time to bring more genius to us, I have come over some really interesting tid bits, that were actually revealed to us in the movie and I just didn’t have the time to truly appreciate. One of those is when Dr. Strange mentions basically, that giving up the stone is how it was meant to be, how it was suppose to be and how it was suppose to happen (not in so many words of course but you get the gist). I did not understand what he meant by this and couldn’t appreciate it because as everyone’s disappearing into pile of nothingness, I am not sure how that really is a path to be taken. But, if you’ve seen the movie you would remember that Dr. Strange had a moment with the time stone, to see all the possible outcomes of Thanos madness (or not so madness?). He found about 14 million plus options which only 1 of those futures showed the heroes winning this battle. I mean the odds clearly aren’t in their favor and you kind of know deep down that our heroes are going to see their end days but you really hope for a Hollywood ending 😛 So, maybe just maybe that 1 future required this unfortunate set of events to take place for them to win overall. But I guess we will find out in Avengers 4, right?

Now, for the finale of the predictors of what’s going to happen and is number 1 on the list, is about where everyone is and if everyone will come back? Just as a recap before that, we remember that there’s 6 infinite stones; mind stone, time stone, soul stone, power stone, reality stone and the space stone. With them all, Thanos was able yet again, to rid the universe of some of its’ inhabitants and that included some of our heroes. But where are our heroes? Well one of those stones is called the Soul stone…..hint hint. This makes absolute sense and we know that everyone is suppose to basically return in Avenger 4 (if you just google the movie you’ll see who’s part of the cast) and it comes out in May 2019, so we can be confident that the cast is probably correct.

If you are interested in finding out some of the other theories about what happened and what’s going to happen, then check out this Bustle article!

Aside from it all. This movie was one of the best action packed, hero movies out there! A must see! A couple of times probably? 😛