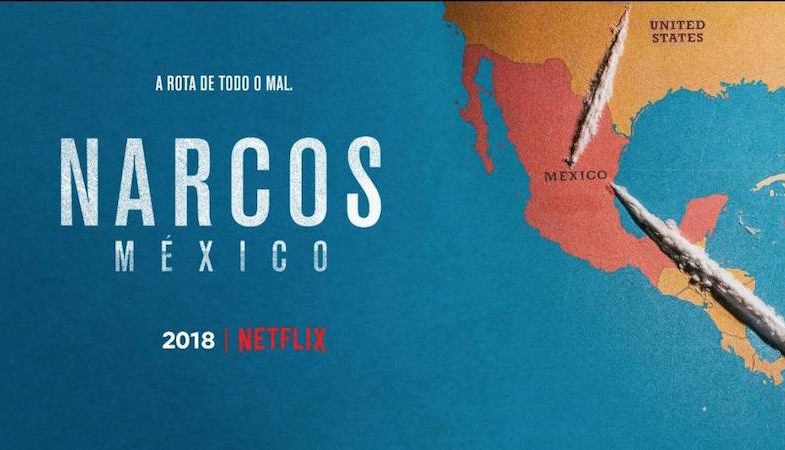 If you have Netflix, you should have already noticed when the new chapter in Narcos; “Narcos – Mexico”, Season 1, is being released. In case you were not aware or you thought that thumbnail that said Narcos: Mexico, was just another lame drug lord series and completely ignored it, then you actually were not made aware then.

Before I give up the release date, just a little run down on what’s possibly to come in Season 1 of Narcos: Mexico. Of course we don’t have the original actors from Narcos: Columbia; Season 1-3, back on the screen. Instead, we have a new cast for this new chapter; Diego Luna and Michael Peña, as the lead actors. 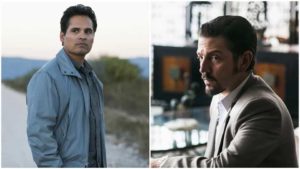 Just as a quick side note before I get to who to expect, some little interesting points and the whole premise for this new chapter in the Narcos story; I occasionally refer to the original Narcos as Narcos: Columbia (as you’ve seen I have already done before the jump), so that you understand that this new Narcos, is a stand alone, and separate from the rest. As Netflix explained, they were thinking of making this new Narcos, a 4th Season, but decided against it and made it its’ own story.

Diego Luna plays Félix Gallardo, who happens to be the leader of the Guadalajara Cartel, while Michael Peña, plays Kiki Camarena, a DEA agent.

Now if you are a fan of Narcos, you’d remember the name Kiki Camarena, being mentioned in Narcos: Columbia, when the DEA agent was talking about the fact that, no cartel would ever kill a DEA agent. Kiki was the example that was given, as he was responsible for doing some serious damage to the fiances of the Guadalajara Cartel; led by Gallardo. Unfortunately for Kiki, he was kidnapped and killed. We are made privy to this, in that season of Narcos: Columbia, so that’s not a spoiler! In the story that was being told, the reign of the U.S government came down so hard on the cartel, that it was basically a middle finger and flexing of the muscles to other cartels, to never take god out of their senses and kill one of their own. In that sense, it kind of makes the whole story, one we already know the ending to. Although the same could be said with the first two seasons of Narcos: Columbia, as we all knew how that was going to end. I wasn’t much aware of the Cali cartel, prior to Narcos though. But I guess the life of crime, only has one type of ending.

Some other actors and characters that are suppose to be involved in Narcos: Mexico, includes Jackie Earl Haley as Jim Ferguson and José María Yazpik, as Amado Carrillo Fuentes; who you should remember in Season 3 of Narcos: Columbia.

The simple premise of Narcos: Mexico, is best said by what’s on the Wikipedia page:

Narcos: Mexico will explore the origins of the modern drug war by going back to a time when the Mexican trafficking world was a loose and disorganized confederation of independent growers and dealers. The series will chart the rise of the Guadalajara Cartel in the 1980s as Félix Gallardo (Diego Luna) takes the helm, unifying traffickers in order to build an empire. When DEA agent Kiki Camarena (Michael Peña) moves his wife and young son from California to Guadalajara to take on a new post, he quickly learns that his assignment will be more challenging than he ever could have imagined. As Kiki garners intelligence on Felix and becomes more entangled in his mission, a tragic chain of events unfold, affecting the drug trade and the war against it for years to come.

Sounds pretty legit to me.

Narcos: Mexico will be released on November 16th on Netflix. If you’re interested!