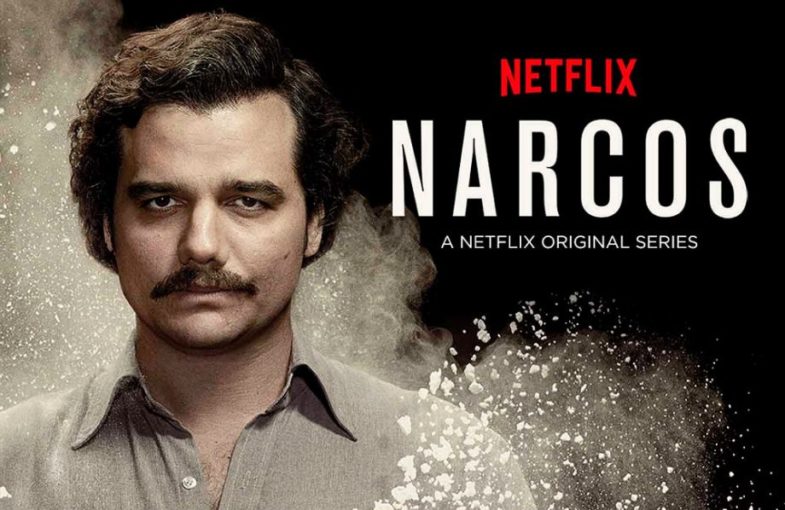 Netflix really is or has been working hard to develop their original content, from movies to series and Narcos is one of their biggest series they have right now. I got into it after Season 1 was over and Season 2 was on its’ way but it allowed me to binge on 20 episodes and that was it. I was hooked.

Now I have finished watching Season 3 and even though their biggest protagonist obviously died out in Season 2, Pablo Escobar, the Cali Cartel did a very good job in keeping me entertained. I honestly had no background knowledge about the Cali Cartel, like I did with Pablo Escobar, and maybe it is because they tried their hardest to stay under the international radar, when it came to their criminal activities, unlike Escobar. I think every household, was aware of Escobar, but not the Rodriguez brothers and the other two involved in the Cali Cartel.

This show is so good, I have watched all seasons at least twice. After watching Season 3, I literally went back to Season 1 and started watching it all over again. Now as I am finishing up Season 3 again for the second time, I am just anticipating the next installment which is suppose to involve the Mexican cartel. Michael Pena and Diego Luna, are the two to head the new season, which is suppose to premiere around Sept. 2018; if they are following a predictive schedule.

So, if you’re looking for a Netflix series to become a part of, Nacros is definitely on the list of “must watch”, netflix original content.

Previous post:
Becoming me again Next Post:
The 9th Life of Louis Drax
about the author: myron