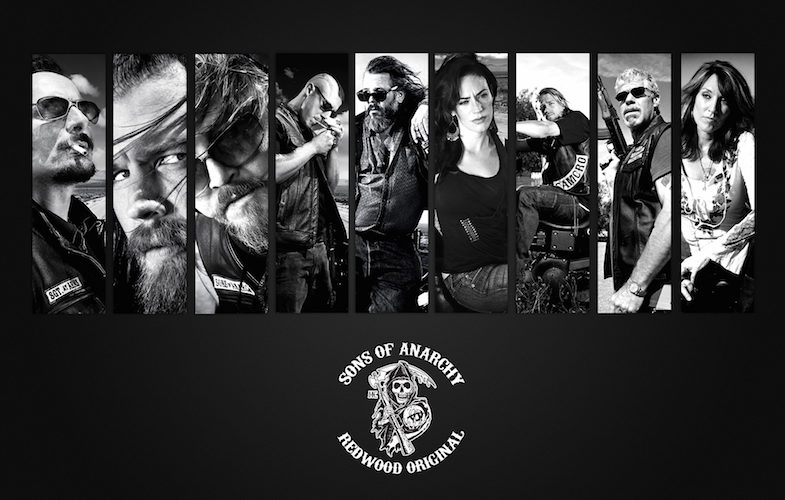 I literally just finished watching the final episode of Sons Of Anarchy. I know I am like 4 years late, but I never thought I’d be interested in watching a biker show. Clearly I was wrong on so many different levels, one of those levels was it being a “biker” show. It clearly was more than that.

This show is a very excellent way of making you grow to love these petty criminals, rooting for them and hoping things go their way even though they are at the end of the day, killers. But then the episodes are written so well, that you jump from one episode to the other, in crazy anticipation for what is the inevitable. Sometimes you’re able to read into an episode very early on, yet that doesn’t prevent you from watching it. In fact, you’re there just praying and hoping what you’re thinking, wouldn’t happen at all. That there is where Sons of Anarchy really pushes the limits. The story lines in this TV show are some of the most depraved stuff you’d ever come across. 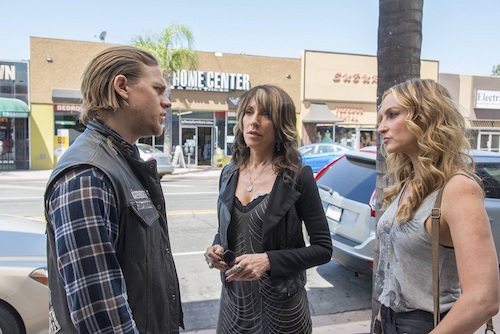 At times, I felt the violence was a little too much but what was I expecting from a show about a criminal “family”? Clearly I was naive from years of watching other less gruesome tv shows. But I now can understand and appreciate why this show was such a hit.

Sons of Anarchy also has a very unique way of introducing certain societal controversies; from racism to sexuality, which I felt was a pretty interesting part of the series. Among all the violence, there were messages plastered all over. Also Kurt Sutter, the creator of “The Shield” and of course “Sons of Anarchy”, has a way with symbolism that are implanted in the show, like bread crumbs awaiting those who are so keen to pick them up.

The same characters that you grow to love and appreciate, also tend to turn around and become characters that you hate. You start hating them so much that you’re just wishing for their demise somewhere in the series; anywhere, anyhow. As violent as the show is, it didn’t really matter how they would go out because Kurt sure as hell would make it pretty gruesome. Except for one character though, and ironically enough, the one who deserved it the most. Not gruesome, much like merciful. Interesting twist, that left a bitter taste in your mouth. Not only that, but when it was over and done with, the satisfaction you thought you’d get wasn’t there. Yet again, another interesting thing about the show. The ability for it to conjure up so much emotion, as if the story being told was true life, to then have those same emotions be dampened down significantly, when revenge comes knocking. It is like you started feeling sorry for the person, at that very moment, starting at square one where you were in the beginning when you first started watching the series. How can you go from liking someone, to hating them and wishing for their demise but then feeling pity for them when that time is creeping up? Kudos to Kurt for being able to produce such intense dissociation in the viewers!

The word antagonist cannot even describe the main “cancer”, as they referred to the person as, in this show. It is like a giant rock tumbling down a somewhat steep hill, ready to destroy everything in its’ path. It rolls down slowly and then picks up momentum and by the time you know it, everything and everyone is destroyed.

That’s Sons of Anarchy, for you. A big rock tumbling rock, of experience; a show that definitely doesn’t follow the cliched expectations of hollywood but rather breaks all of those boundaries and provides you with an enriching set of characters that have you clicking next, on Netflix, until you’ve realized you’ve spent your whole weekend watching only SOA and nothing else. I mean, why watch anything else when SOA gives you everything; action, drama, suspense, mystery. I mean so many genres under one roof!

All while writing this, I wish I could make specific points and give examples of why this show is so good but in case anyone stumbles upon this and haven’t seen the show, they at least get a nudge in the right direction….like go watch the damn series now! Maybe in a different post I will write some examples and share my feelings about certain incidence in the show, but for now I will end this post by saying; SOA is a show that when you’re finished watching the last episode, you try to figure out where to go from there. I know, it is just a show but then again, it was more of a journey 🙂