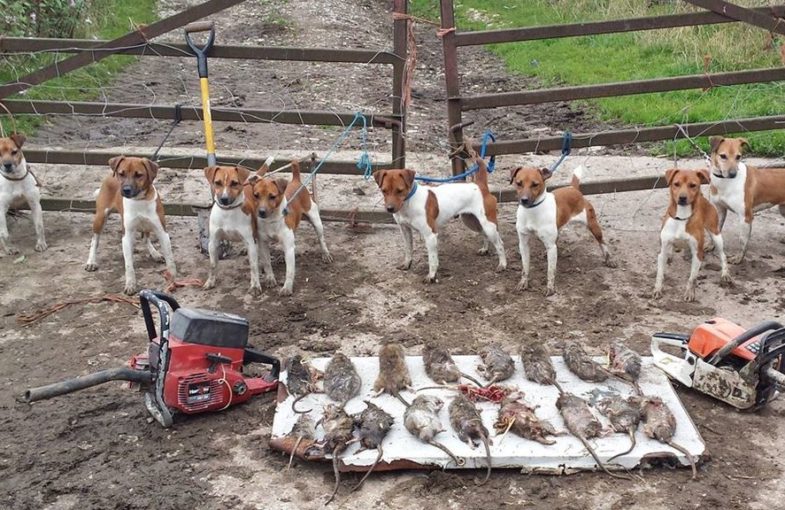 There is something very stimulating about seeing terriers ratting. If you don’t know what that means, just by what it says, terriers ratting is basically when these dogs go after rats and destroy them. In this video, we have a bunch of dogs helping their owners, destroy a rat infestation that they have come upon. Initially, you think that it’s probably a little weird to be enjoying a video where rats are being killed but then you remember that these farmers are trying to make a living and these rats are getting in the way, so they have no other choice but to use their trusty companions to help them with it.

One thing before you start watching this 10-plus minute video, of dogs chasing after rats and shaking them to death; there’s a black and white dog with BLACK ears, who does something very interesting. He’s the one that doesn’t have the curly hair. He’s the straight hair dog, with the black ears. They’re calling him the real MVP of the ratting dogs. So just pay attention to him and you’d be in for a treat (so to speak :P)