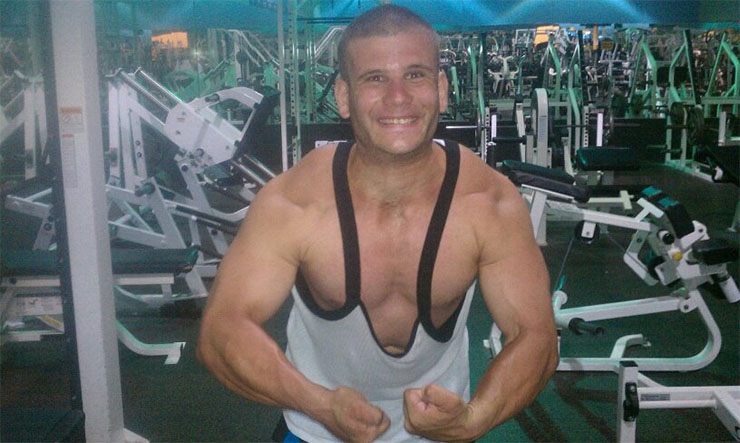 People always ask me, what are my hobbies and what are some things I like to do to pass the time. Well, most of the time, I just tell them the obvious; bodybuilding. But, if you ever wondered what it is that I also do, besides working out at the gym and of course, study for exams, etc. I actually follow this kid on You Tube and on Facebook. His name is Jason Genova, the latter not being his last name but some assume, his middle?

Anyways, this kid has been aspiring to be a bodybuilder for as long as I have been following his videos. I think it goes all the way back to 2009. So I have been following him off and on, for a while now. We believe he is autistic and by his claims, has ADD. Despite what he has said, we know for sure that he has some kind of mental disability or handicap. This kid has been coached by some of the best in the fitness industry. He has met Ronnie Coleman, Rich Gaspari (think Gaspari Nutrition: Superpump 250!!) and many more that I am not bothered to list. Basically, this kid has it made when it comes to meeting his idols. Also, he had PJ Braun help him out on his dieting and training routines, even had a designed workout routine and meal plan set out for him by PJ Braun. Not only that, but PJ Braun even took him out food shopping! He gets so much shit free, like currently Adam, his current coach, owns an online supplement store and gives him free supplements and recently bought him an iPhone and gave it to him for free. He lives in his own apartment, supposedly purchased by his aunt and his mother is his legal guardian because he can’t do anything for himself, financially or he will fuck it up.

Aside from all of these things, this kid hasn’t made it. Clearly it isn’t from not having the resources because he has more than the rest of us, when it comes to getting supplements, food and support. We, as his fans, know that he just doesn’t have the discipline, doesn’t perform any of his exercises with proper form and cheats on his diet more than a whore on her lover. Nevertheless, he makes some hilarious videos for us to enjoy the “ments”, which is a word that is derived from his mispronunciation of a motivational line on a picture of Arnold Schwarzenegger, that talks about enjoying the “moment”.

Although it doesn’t seem like Jason is ever going to be a professional bodybuilder and despite having moments when we thought he was going to make it, his channel is very entertaining.

So that’s one of the many other things I love passing my time with, having some shits and giggles while watching his ments! 😛