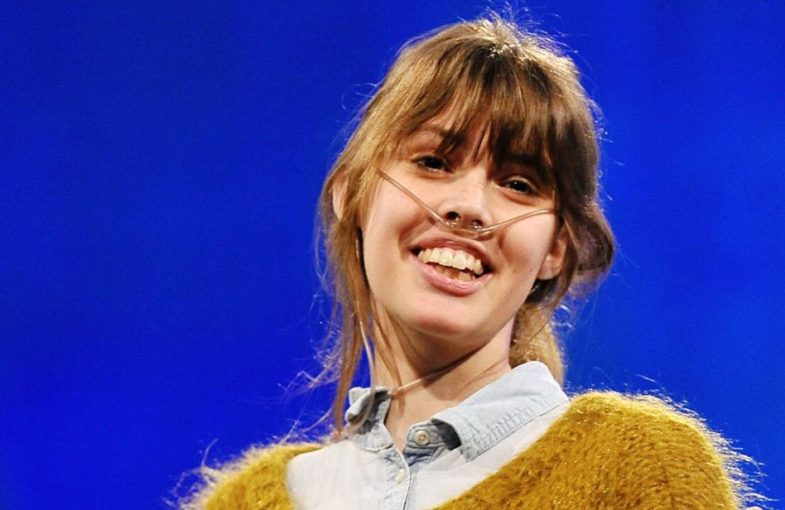 I remember randomly coming across one of Claire Wineland’s videos, while binging on “inspirational” videos on You Tube. I found that her face looked familiar and realized she was the young lady who talked at Tedx, who suffered from Cystic Fibrosis. Seeing how bubbly she was, even though she had a nasal cannula on, to help her breathe, allowed me to reflect on my own reactions to my “privileged” life.

We all have our down days, we all have moments where we feel sorry for ourselves, but here was this young woman, who’d experienced more than we ever have, in her 21 years of life. How much of us, can truly say we’ve really “suffered”, as Claire Wineland has? In fact, from how she presented herself, she never showed any sign that she was suffering. The only time we got to see Claire Wineland vulnerability, was when she was pleading for financial assistance, in regards to the financial burden that recovery would have on her family. Otherwise, all we saw was a superwoman.

After forming the Claire’s Places Foundation, speaking on many different platforms, and being an inspiration to many people across the world, Claire Wineland’s finally decided to extend her life even more by accepting the treatment of lung transplantation. Although she was previously adamant of not wanting to undergo lung transplant, she felt her advocacy and her work here, was not done.

Sadly, on September 2nd, a week after receiving her new set of lungs, Claire died from a blood clot that embolism to her brain and caused a right sided stroke. Based on whatever her advance directive was, Claire was taken off of life support and allowed to die peacefully.

It is such an anti-climactic end, as we all were rooting for her; taking for granted that any form of transplantation or any surgery for that matter, is risky. No one thought, at least I know I didn’t think, that she would come out the other end of the surgery, with anything less than a newfound energy to keep on giving, as she was doing before.

When I found out the news of her passing, I just stared at the screen, with a sunken feeling in my chest, as I was expecting good news. In fact, it was only yesterday that I learned of her passing, as I watched her last video on You Tube; thanking her fans and her supporters, and saw the commenters mentioning “RIP”.

I didn’t know Claire Wineland, but I feel as if the world has lost a good one. Someone special. Someone loved. Someone who definitely made a change in the little time she had on this earth. I am hoping her family fines comfort knowing how much people their daughter inspired and touched.

If you were feel like you need some inspiration or a booster to your horrible day, bookmark her You Tube channel!