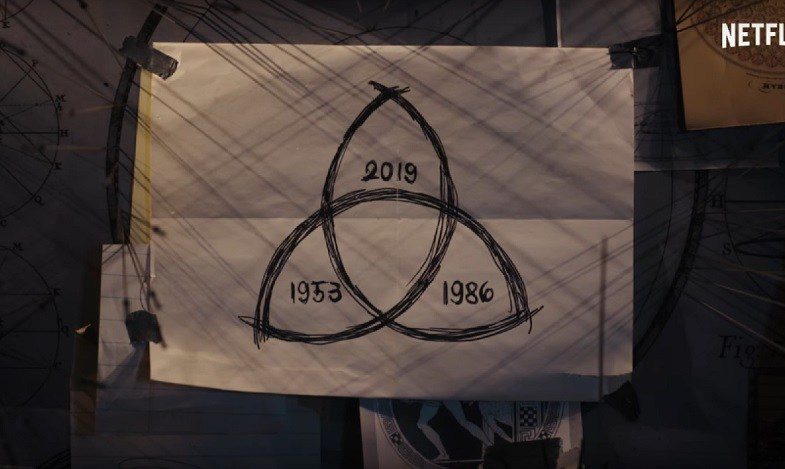 I finished off Dark, the German Netflix thriller that was released in December of last year. It received great reviews, with a 8.6/10 on IMDb and 87% on rotten tomatoes. I even wrote a review of my own, if you’re interested in reading it yourself. I just want to say that this show is absolutely worth its’ ratings. It’s a brilliant series that’s draped in a huge mystery that revolves around the number 33 and occurs in this fictional German town called Winden. The series starts off with a bang and it just spirals along into this massive story that you just get engulfed in, willingly. A perfect binge-worth Netflix series, if I have to say so myself.

I want to say that this post entry of mine, is going to involve some spoilers of some whats, as I speak about the last episode and also what I think needs to be answered in Season 2, which has already started filming. I will speak more about that and what we can expect from our characters in the next season.

If you’d like to read a more concise, break down of season 1 and the final episode, you can check out Digital Spy – Netflix horror series Dark season 1 finale explained – spoilers ahoy! They do a very good job in explaining everything, everyone and answering some questions you may have been asking throughout the series, that actually may make some sense.

Now as a quick run through, we were met with the death of a parent in episode one. Only thing that set that scene out from others we may have seen in different tv series, is the fact that there was a letter that was left behind that had a stipulation that it should not be opened until a certain date, and time. Throughout most of the series, we are focusing on the town dealing with initially, one boy going missing and then suddenly, another one. It is with the other kid, that the mystery grows even more and then a lot of mind-effs start happening. Initially you are not sure what the show is trying to speak on, when it comes with the mysteries surrounding the missing kid, but eventually it becomes very relevant, very quickly but even then when you figure out the premise of the show, you’re still trying to figure out what’s going to happen next, where is this series going to lead its’ characters and what the hell is really going on.

To speak about the final episode, I have to speak about what the main premise of this show is about, or at least what season 1 deals with throughout its’ episodes; it’s all about time travel and wormholes. Now that may sound a little silly, but trust me, they do a very good job in distancing you from that premise and focusing on what’s happening from one episode to another.

What we find out is that Mikkel is Michael and Michael is Jonas’ dad. This is the biggest of the mind-blowns that you’d encounter in this show but it isn’t the only one. Dark, requires your utmost attention because with the topic of time travel, just like we deal with, with The Terminator, things can become a little overwhelming. You have to deal with the younger, older and the present version of most people. Dark, in episode 1, takes place in 2019. Then we find out there’s a Winden that’s important to the story in 1986, and then eventually we realize that Winden in 1953, is also very important. This is also where the number 33 comes into play, as you can see each time frame that’s important, is 33 years apart from each other. Apparently, at least from the explanation we’re given, 33 is a huge number when it comes to different events in our history.

Jonas, who becomes a big character in this whole story and who eventually in his attempts to close the wormhole, creates another one that links the different time frames to 2052 in the future. The young version of Jonas decides that the right thing to do would be to bring 1986 transported Mikkel back to 2019, despite the fact that he was told that if he did that, it would erase his whole existence. The reason for that is because Mikkel from 2019 who got transported to 1986, meets Hannah, Jonas’s mother in 1986 and that’s how eventually Jonas is born. Without 1986 Mikkel, there’s no 2019 Jonas. I mentioned The Terminator, because this is the same thing that happened with John Connor and his father Kyle Reese; Reese is from the future but when he goes back into the past to protect Sarah Connor from the terminator, they end up conceiving John; so time travel has basically created its’ own reality where a future individual is able to produce a future person because they ended up stuck in the past. Either way, Jonas is determined to do just that, and ends up getting caught by the Priest when he tries to break Mikkel out of the hospital. Eventually, we get to learn that the bunker with the 80s wallpaper, bunker beds, retro tv and that scary machine in the middle of the room (which happens to be a device that the Priest along with Helge – unintentionally on Helge’s part, use to time travel), to create the same energy that created the wormhole that we see the characters crawling through throughout the series, is located under the bunker that Helge owns.

Crazy enough also, Jonas’ attempts to take Mikkel back to the future, is what causes the whole madness in the first place, in some form of crazy paradox. The older Jonas, who happens to be the one who told the younger Jonas to not take Mikkel back but stubborn young Jonas decides to anyways, has his own time travel device that blueprints were in Claudia’s possession. If you need to know, Claudia is Regina’s mother. Claudia is the one who provided the creator of the time machine, the clock maker, with the blueprints. That’s one thing we don’t know; where did Claudia get these blueprints? Did she design it herself or is there some kind of gang in the future, that’s determined to change the course of time that they designed it themselves? Anyways, that’s one thing we hope Season 2 could elaborate on. But because young Jonas is determined to wipe himself out of existence, he gets caught, older Jonas activates his device and leaves young Jonas in that bunker. Once the time travel device is activated, another wormhole opens up and the bunker of 1986 and 1953 where Helge is trapped, allows younger Helge to be transported to 1986 and Jonas to 2052! Jonas ends up in the room where we’ve been seeing all the different pictures of all of our different characters from different periods in time; 1953, 1986 and 2019. When Jonas leaves the bunker, he is confronted by a post-apocalyptic group, where he’s told before he is knocked out and after he asks what year it is; “Welcome to the future!”

In season 2, what I am hoping we are given answers to; who is the Priest/Noah? Is he the anti-christ, as they are making him out to be and why would the anti-christ be interested in a time device? Why is it the kids who are strapped into the 1986 inferior time travel device, end up dead? Is it the amount of energy that the device produces to send someone from the present to the past/future, just too powerful for a passenger? I am thinking that the wormhole that was created in 1986, as it only connects 1953, 1986 and 2019, that it isn’t sufficient for this evil dude’s plans? What are his plans? How is it the people in the future, can say “Welcome to the future”? Is it that they are aware of the time travel device but if so, why are they not aware of who Jonas is? As for Claudia, she’s the one who eventually seems to have a huge part in all of this; where it seems she actually may have been manipulating (maybe, because this info is coming from Noah), the older Jonas all along into attempting to close the wormhole when it in fact, it would create another one. The 1986 Claudia opens up that door that was sealed up in that hole where all the toxic substances are stored by the nuclear power plant. But how is it 2019 Ulrich, saw that door? Or was it another door because I know it’s through the cave that he saw that door and not into the hole in the ground. What’s behind both of those doors? Is Claudia’s door something more sinister, hence that’s why she’s been involved in this whole thing from since 1986? Why did Michael kill himself? Was he basically saying, that his existence needs to end so that the future of Winden could be saved? Also what’s the relationship that’s developing between Noah and Bartosz? He’s already made him suspicious of his grandmother; Claudia. Not only that but basically gave him some breadcrumbs by telling him those things that would come to pass, to clearly make Bartosz see this man as more of maybe a savior than what he may actually be? Also what did Noah promise him? As we saw with younger Helge and older Helge, when the older one tries to convince the younger one to stop, that Noah doesn’t really keep his promises.

Everything you need to know about when, who and what to expect in Season 2 can be learned via Digital Spy -Netflix’s Dark season 2 opening scene revealed as filming starts. They made a cool video that is pretty interesting. Seeing as I have spoken so much about season 1 and what I want answered in Season 2, I think viewing a video would be better than reading; although you kind of still have to read the video, but it’s much more concise!

Previous post:
Lost In Space – Season 2 – What we know Next Post:
The Haunting – Of Hill House
about the author: myron