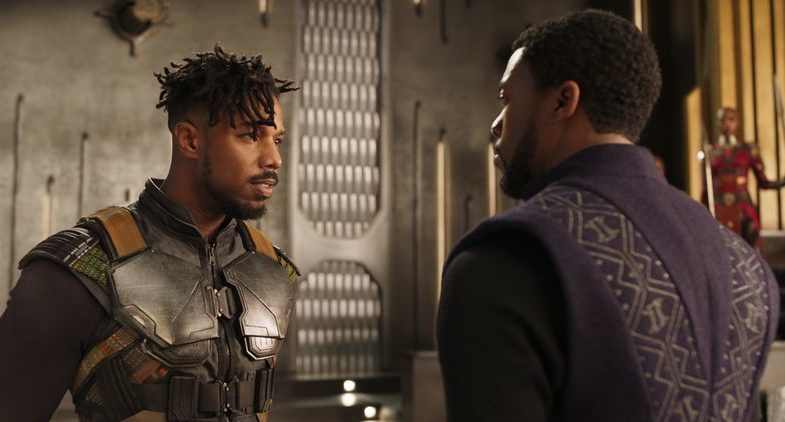 So, I finally saw Black Panther yesterday (Saturday 24th of Feb.) and I have to say that it was a very good movie. My brother and I was talking about what we would rate the movie, and I gave it a 4.5 overall. It definitely was all that I was expecting it to be and being a marvel fan, and it being the last movie before the Avengers: Infinity War, for the marvel universe, it was a much watch also. 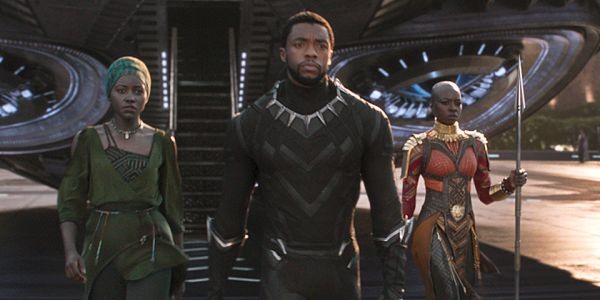 The movie had no down moments at all. There wasn’t any time during the movie, that you felt bored or that you couldn’t understand what was going on, so the story telling was on point. The cinematography was also out of this world. Absolutely beautiful on how they made Africa look and although Wakanda is a fictional nation in Africa, it was just spectacular to see that type of technological advancement being something of black heritage. The comedic relief or as my brother calls it, the slap knee comedy, was appropriate and not an overkill like in Thor: Ragnarok. For the last movie, I felt as if the excessive comedic relief in it, kind of downplayed the whole movie and caused it to get a 3.5 for me. But we’re not talking about Thor, I am here to talk about Black Panther!

Anyways, so storyline was excellent, cinematography was excellent, comedic relief was appropriate and the inclusion of black history (references that would be made by Killmonger especially), wasn’t overdone either. They didn’t make it a movie that was completely about the oppression of the black person but it did make sure to allow you to recognize that black people have been and continue to be oppressed and it was the drive for the overall tension of the movie.

The movie also answered a few questions that I have, one of them being; how it was that the black panther abilities were on the same level as the winter soldier and captain america. I am sure as a true marvel comic fan, I would have known that. I’d have to clarify just in case someone calls me out for mentioning I am a marvel fan, that I am not a comic book fan, of any genre. So the most I know about the marvel universe, is from the marvel movies; unfortunately.

So in the end, Black Panther is definitely worth it. Whether it is for those who just want to feel the pride of a nearly all black cast, with a black director and a movie that’s breaking all types of records or for the marvel comic universe fans, like myself.

Previous post:
Black Panther Next Post:
Michael B. Jordan and The Hot Ones
about the author: myron